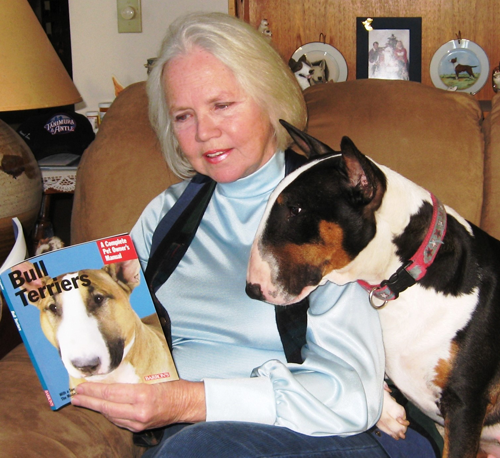 On behalf of our club, Ellen Mitchell nominated Carolyn Alexander for the American Kennel Club Lifetime Achievement Award in Conformation. These text and photograph were submitted as part of the nomination.

The Del Monte Kennel Club is honored to nominate our respected member Carolyn Alexander for the AKC Lifetime Achievement Award in Conformation.


Carolyn's love of dogs started at an early age as she grew up with a Fox Terrier. Graduating from college, she bought a Pekingese who was her special friend for the next 12 years. She then owned and trained Afghans and German Shepherds as she completed her postgraduate work. Carolyn also has shown and bred Akitas and was a member of the Golden Gate Akita club for a number of years.


Carolyn Alexander is a respected and in-demand dog show judge both throughout the USA and in other countries. Internationally she has judged in New Zealand, Finland, Canada, the United Kingdom, Holland, and South Africa, as well as multiple times in China, Australia, and Taiwan. She has also judged twice in France, including the prestigious French National in 2006. She has been invited to judge again in China, Zambia, and Zimbabwe.


It should be noted that Carolyn wrote the book Bull Terriers which was published by Barrons NY in 2006 and has become a definitive reference book on that breed. Carolyn has contributed articles to Dog News and several national and international magazines. She has been an AKC Gazette breed columnist for 20 years. For the past 19 years Carolyn has served on the Board of the Northern California Terrier Association. Carolyn is active in Bull Terrier rescue. She is the legislative representative for 6 dog organizations: the Northern California Terrier Association, GKC, Del Monte Kennel Club, BCBTC, GSBTC, and Monterey Bay Bull Terrier Club.


The Bull Terrier Club of America recently bestowed a great honor on Carolyn. The first ever Mailyn Drewes BTCA Award in Arts and Literature was presented to her! In addition to all of the accomplishments above, Carolyn Alexander served our country honorably, attaining the rank of Major in the U.S. Army.